Recently we encountered an issue where if you had to enter a long input and it took you longer than 10 seconds you would get a nomatch error as the result for your form. This happened even if you were in the middle of entering DTMF. Here’s the process we used to troubleshoot the issue. Which by the way has not yet been solved, but I will post an updated once it does.

First, let’s see the parameters for the VXML form: 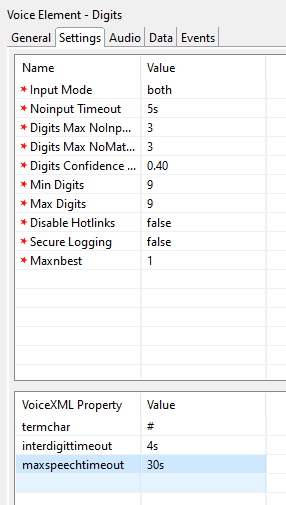 Next, let’s look at a snipped of the VXML browser logs. For debugs I used:

Notice the lines in bold. These are the parameters I want to highlight from the Nuance point of view.

To see all the communication between the voice browser and Nuance use the “mrcpv2” filter.

If you want to narrow down to packets which define the grammar properties to Nuance use the following filter “mrcpv2.Event-Line contains “DEFINE-GRAMMAR”” From there we find the packet which matches the above debugs and CVP Studio screenshot: 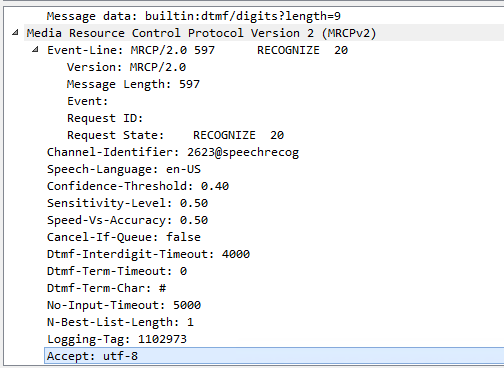 I was struggling with setting up Nuance for one of my customers and while everything looked good on the Nuance side the connection between the gateway and Nuance failed right in the beginning. The very first thing is to setup some debugs on the gateway:

Next go follow the SIP trace and figure out where things start going wrong. We start with the initial invite for ASR.

We get an OK, but notice the Contact address.

And then we get a failure.

Now after a bit of googling and reading Avaya documentation. The issue is that the Nuance Speech Server by default will use the hostname in its SIP header information and because DNS wasn’t working correctly the address mrcpserver@NUANCE10 doesn’t resolve. To fix fix DNS or open up your NSSserver.cfg and set the following:

From this point forward Nuance will use the IP address for all SIP headers and you avoid DNS all together.

I have done more Nuance installs in the last few weeks than I’ve done in my whole life. Recently I had to revisit installing Nuance without using the Nuance Portal and since it had been a few years since I had gotten around to it I figured I would document the process as a few things were murky in my mind. We’re going to be installing:

This installation will work with UCCE/CVP 11.6 using VVB which means mrcp2 and the configuration is specific to mrcp2.

First start with the License Manager as this components allows everything else to operate. The installation is pretty much a next, next, finish process. You will be asked to do a restart of the server.

The validation process is pretty straight forward. First, ensure that the Windows service was installed. It should not be running, but it should be set as automatic. Next open up the Licensing Tools program you just installed go to Start/Stop/Reread and hit Start Server. This will use a temp license to start up. The temp license is stored in C:\Program Files\Nuance\license_manager\license. Once you start the service confirm you see the Windows service as running. And that the output of Server Status is this:

Users of dummy: (Total of 1 license issued; Total of 0 licenses in use)

Go to Config Services tab to point to your license file. As a matter of practice I keep all licenses files in the same location to make it easy. Either restart the service or re-read the license file to ensure it reflects your entitlement correctly. From this point forward you need to make sure to have a proper license for each component otherwise the validation steps will fail.

This installer is very much like the licensing tool, which means it’s a next, next, finished process. You will have to perform a restart of the server once it’s done. Additionally, you will need to install the languages you want your recognizer to support. As an example, for en-us, there are two files you will need to install: NRec-en-US-10.0.2-10.2.0.x86_64-windows.zip and NRec-en-US-10.0.2-10.2.0-CumulativePatch-2_windows.zip.

The base installation of en-us is straight forward, but the patch is a bit more involved. First, unzip the patch to a temporary location make sure this temp location doesn’t have any spaces in the name otherwise the installer will fail. Second, open a command prompt as an administrator and cd to the temporary location of the patch. Ensure that “echo %SWISRSDK%” returns where the recognizer is installed for example C:\Program Files\Nuance\Recognizer. Also validate what version of nuance you’re running by running “nuance-version -p”. What you want to pay attention is the following:

This tells us we have our base install and the language. Now run the install_cumulative_patch.bat and then validate it installed correctly by checking the Nuance version again. You should see this:

There are two ways to configure the recognizer service. The first is by editing Baseline.xml and the second it to use a user config which overwrites Baseline.xml. My preferred method is to use a user config file as it’s much easier to manage and it removes the monstrosity that is the Baseline files, but because that’s a whole other ball of wax we’re going to just do the direct edit to Baseline.xml. You must enter the licenses you have available in the value tags below in the following two lines:

The final step is ensuring you set the Recognizer to start as a service. Open up a command prompt again and cd to C:\Program Files\Nuance\Recognizer\Recognizer Service\amd64\bin. From there you need to decide what parameters you’ll set for the service. The below parameters are the default and should be used unless you know exactly what you’re doing.

From there start your service and then it’s time to validate everything worked as expected.

To validate that your recognizer is working as expected Nuance provides a small exe which allows you to test your config. You can find the utility at C:\Program Files\Nuance\Recognizer\samples\swirec_sample\SWIrecSample.exe. Using the command prompt run the utility piping the output to a log file:

You should see a lot of successful lines in the log file, here’s a small sample:

Same thing as all the other installers, these are just a next, next, finished. Ensure you install the vocalizer first, restart, then languages and restart. The configuration is pretty straight forward too. As before having a user config is my preferred method however we’re going to stick with the basics and just update baseline.xml. Please note that this baseline.xml is different than the Recognizer Baseline.xml. Here are the two parameters you have to update based on your license entitlement:

One thing to note is that the Vocalizer doesn’t need a Windows service to run, so don’t think you’ve done something wrong if you can’t see it in the services window. The validation process is two parts too. First run the nuance-version -p command and validate your voices are installed and recognized:

Next using the command line cd to C:\Program Files (x86)\Nuance\Vocalizer for Enterprise\common\speech\components and run the following command:

Please note that you have to match the language and voice you have installed in the system. The good thing is that this command’s error outputs will tell you if there’s an issue with either the voice or the language not being detected. If the command runs successfully listen to test.wav to ensure it sounds like you expect it to.

The most important piece of this is that you install this component last as the installer detects the Recognizer and Vocalizer upon running. If you don’t install it last, then you will have to make some changes to your config to allow the Speech Server to know where to find the other components. The installer just like the others is just a next, next, finish installation. You will have to restart the server upon completion. Additionally, you should install the Nuance Speech Server Client matching your Speech Server which will allow you validate your configuration. Once everything is installed ensure the service is started and set it to an automatic startup type.

Validation is similar to the Vocalizer. Nuance provides a client which is able to test the Speech Server. From the command prompt go to C:\Program Files (x86)\Nuance\Speech Server\Client\script. From there run the following command:

The output will be in demoPrompt.log and should be a good bit of SIP messaging and SSML. The most likely error you will see is that your service is not started or that you don’t have a valid license. Here’s a sample of the output:

Add your new ASR and TTS server to VVB and you should be good to go.

The Nuance Speech Suite has been around for a few years, but I’ve rarely ever used it. Since this is the way that Nuance prefers their product to be installed, this is me diving into getting it up and running in my lab.

The Nuance Speech Suite has been around for a couple of years, but it’s not until recently that I’ve started to really use it. Before I had always installed the individual components independently because that’s how I’ve always done it. However, I decided to finally buckle down and get the installation process for this down and wanted to create a tutorial post for it. Please note that while you can install the Extended version which includes MySQL as part of the installer. I wanted to install the Standard version which forces you to install the database individually. Additionally, this is strictly a lab install. For production and specially for a hosted environments there’s a lot more “engineering” that has to happen to get this right and to avoid killing your server.

Validate that 8.3 File naming is enabled:

5. If you don’t see the above Google how to enable 8.3 file naming in Windows.

Install Tomcat and validate it: 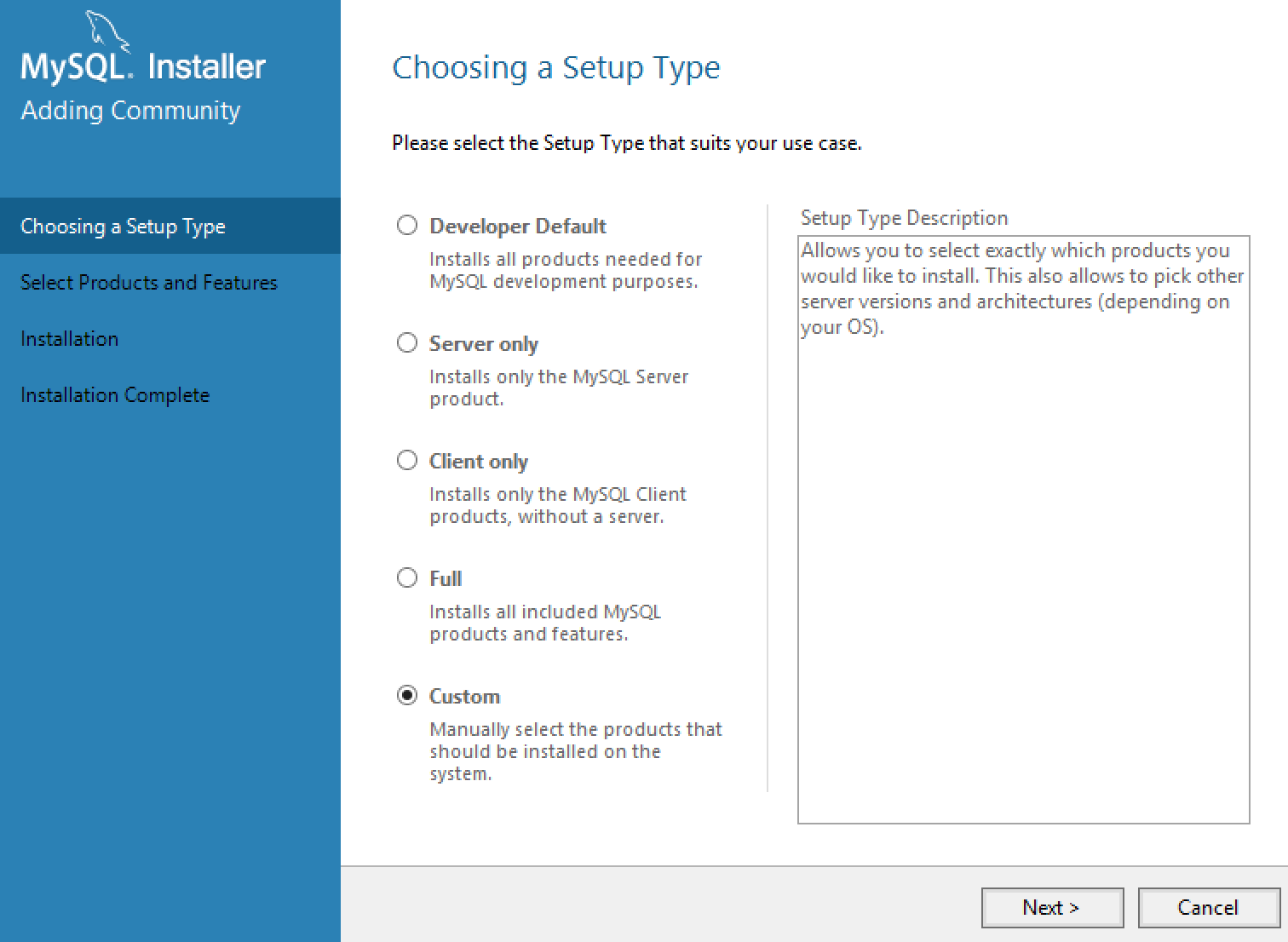 2. Choose the following features. There is an issue in the below screen shot. Additionally, Python is not required, that’s just because I use Python to parse Nuance logs. Maybe a blog post to come on this. You will have to use the Filter in the installer to find some of the specific versions you need. 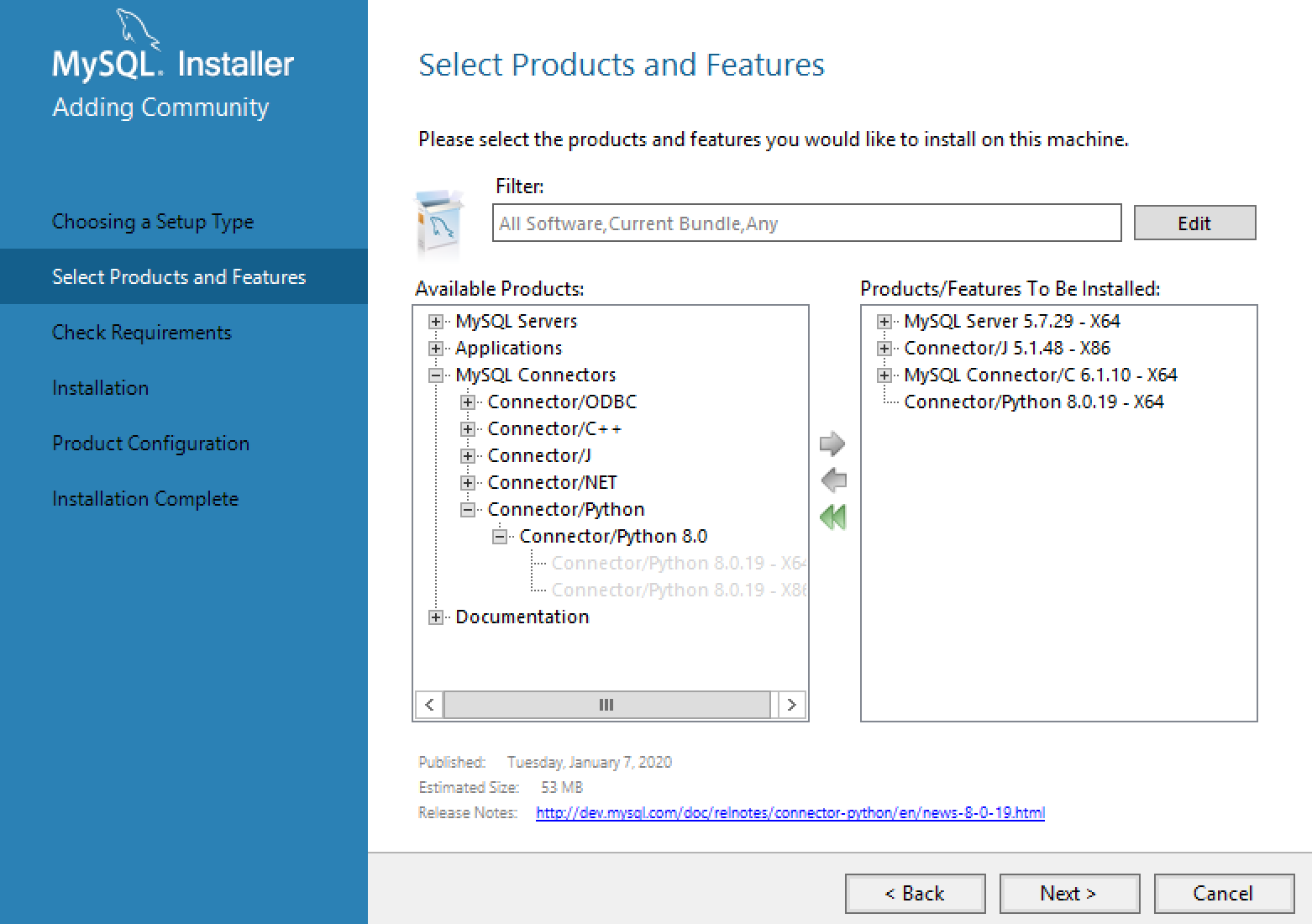 3. The installer might complain about some missing dependencies, but it should automatically resolve them. If that fails, you’ll have to resolve them manually. When everything looks good you should see this. 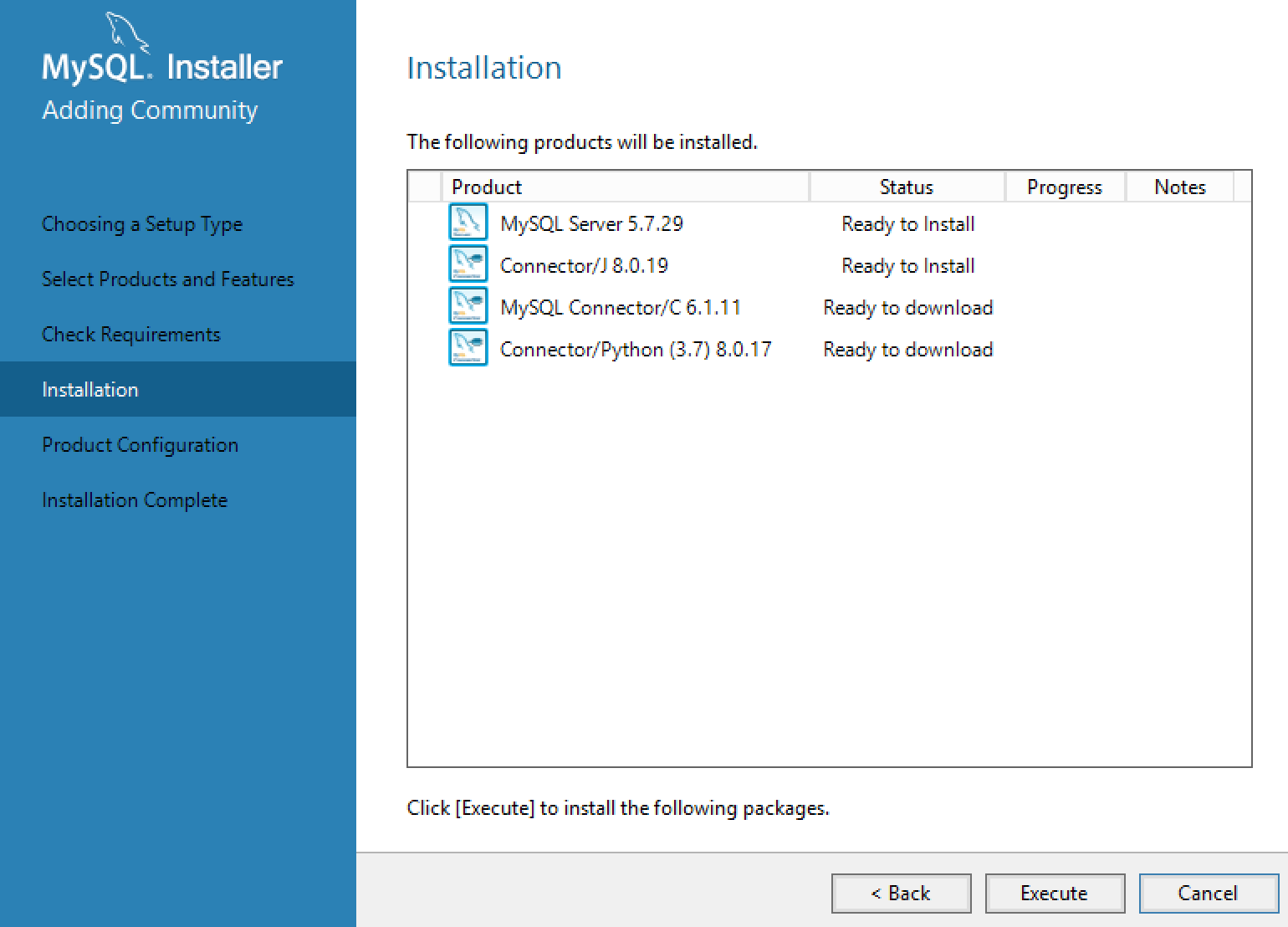 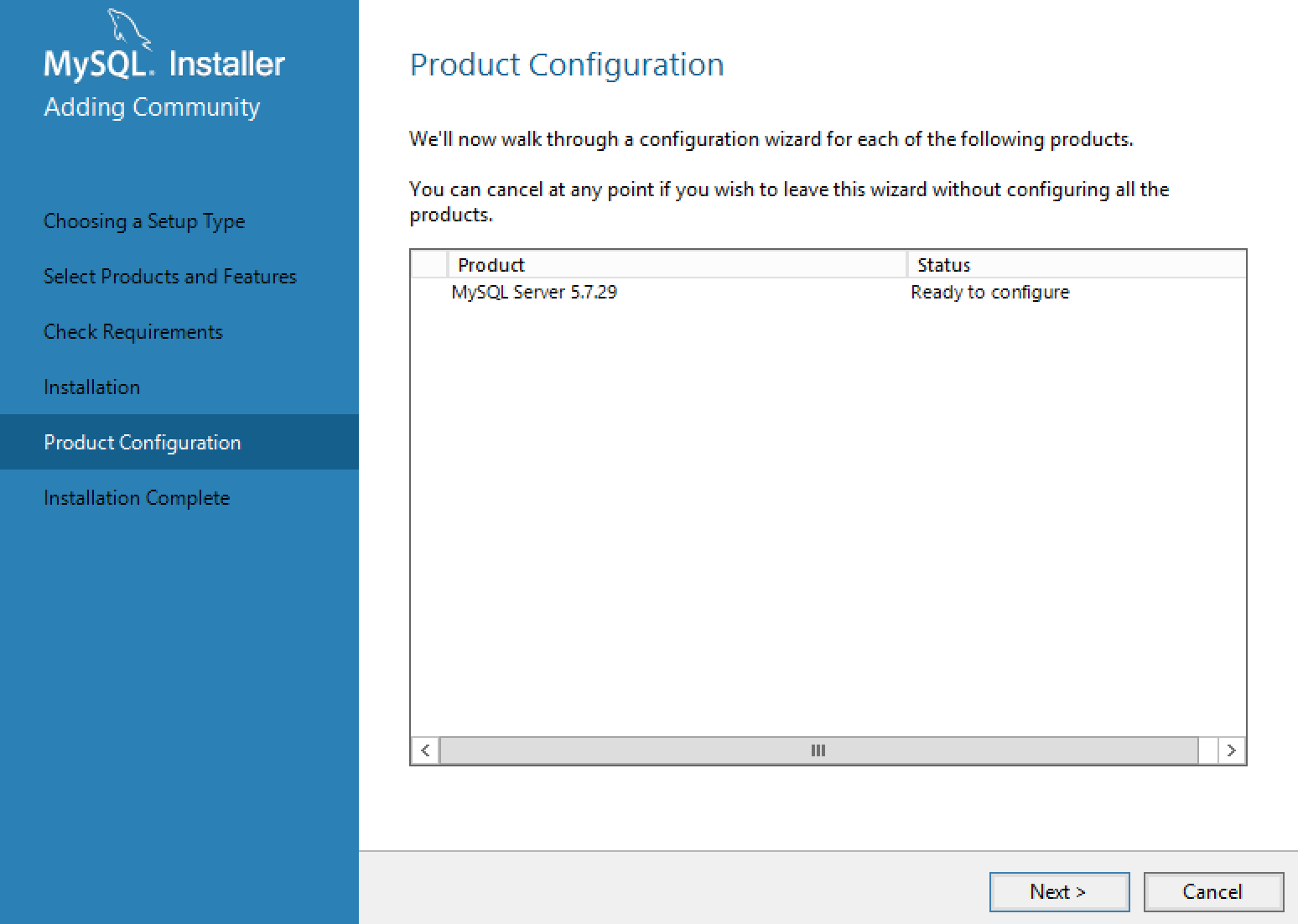 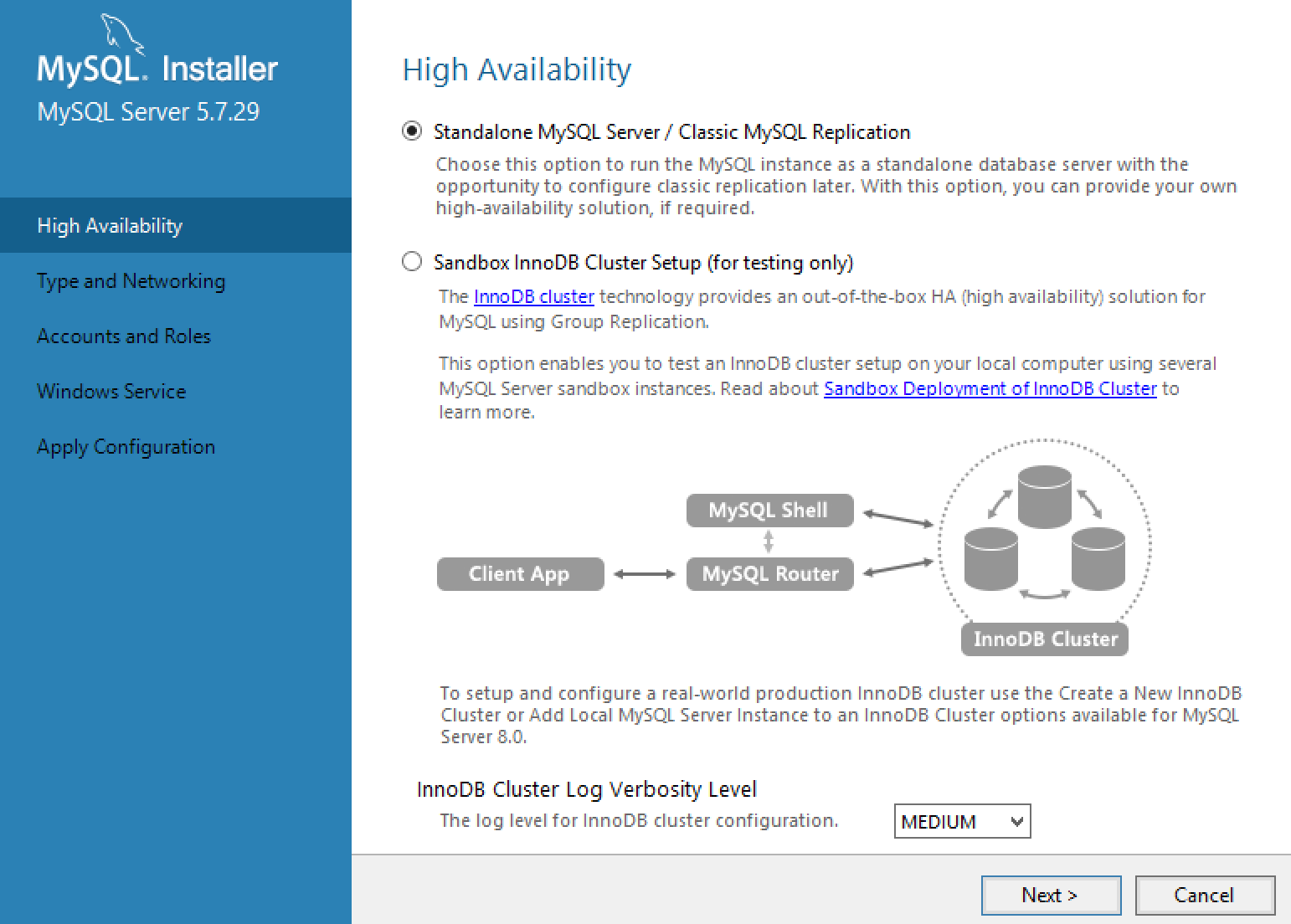 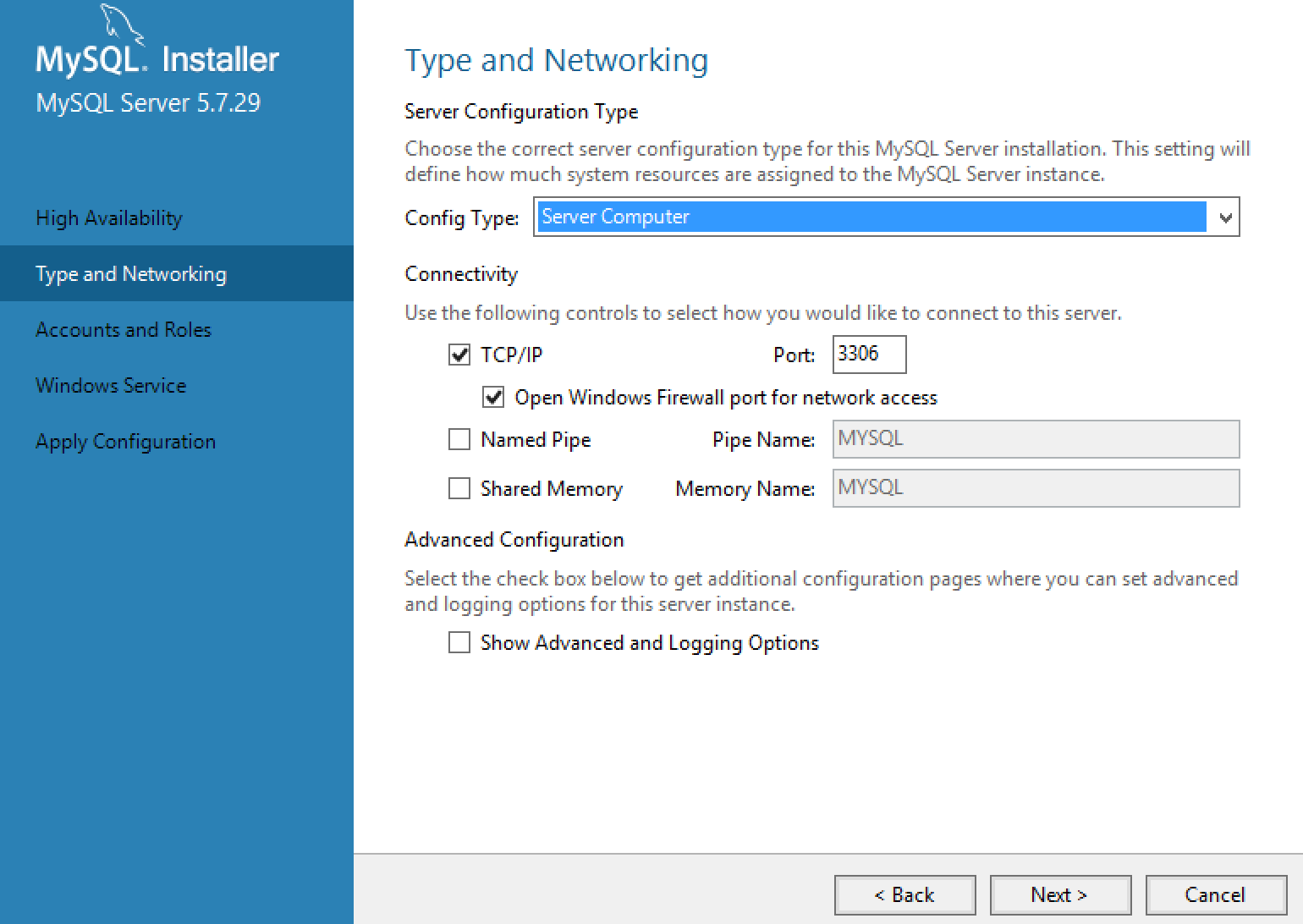 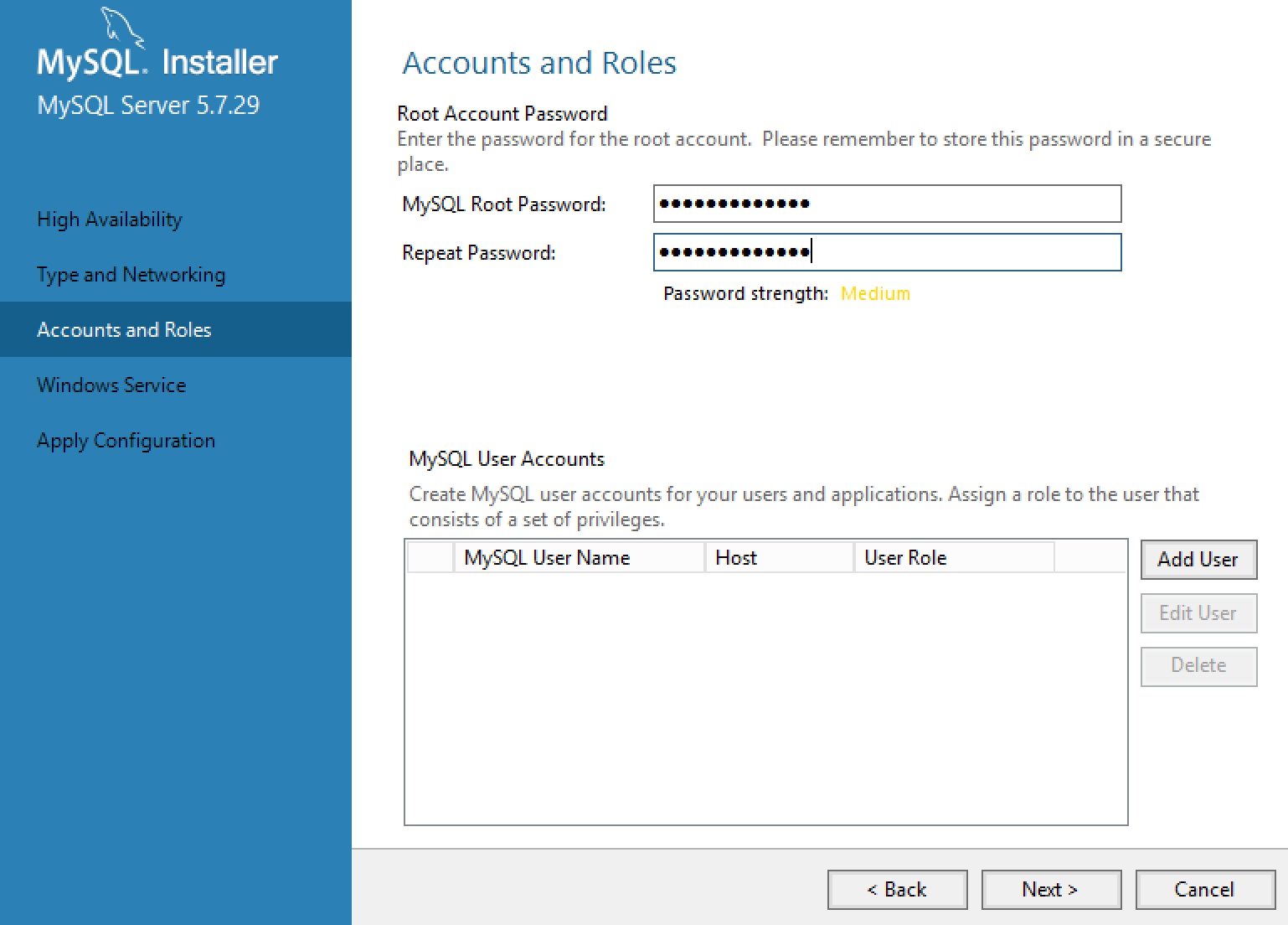 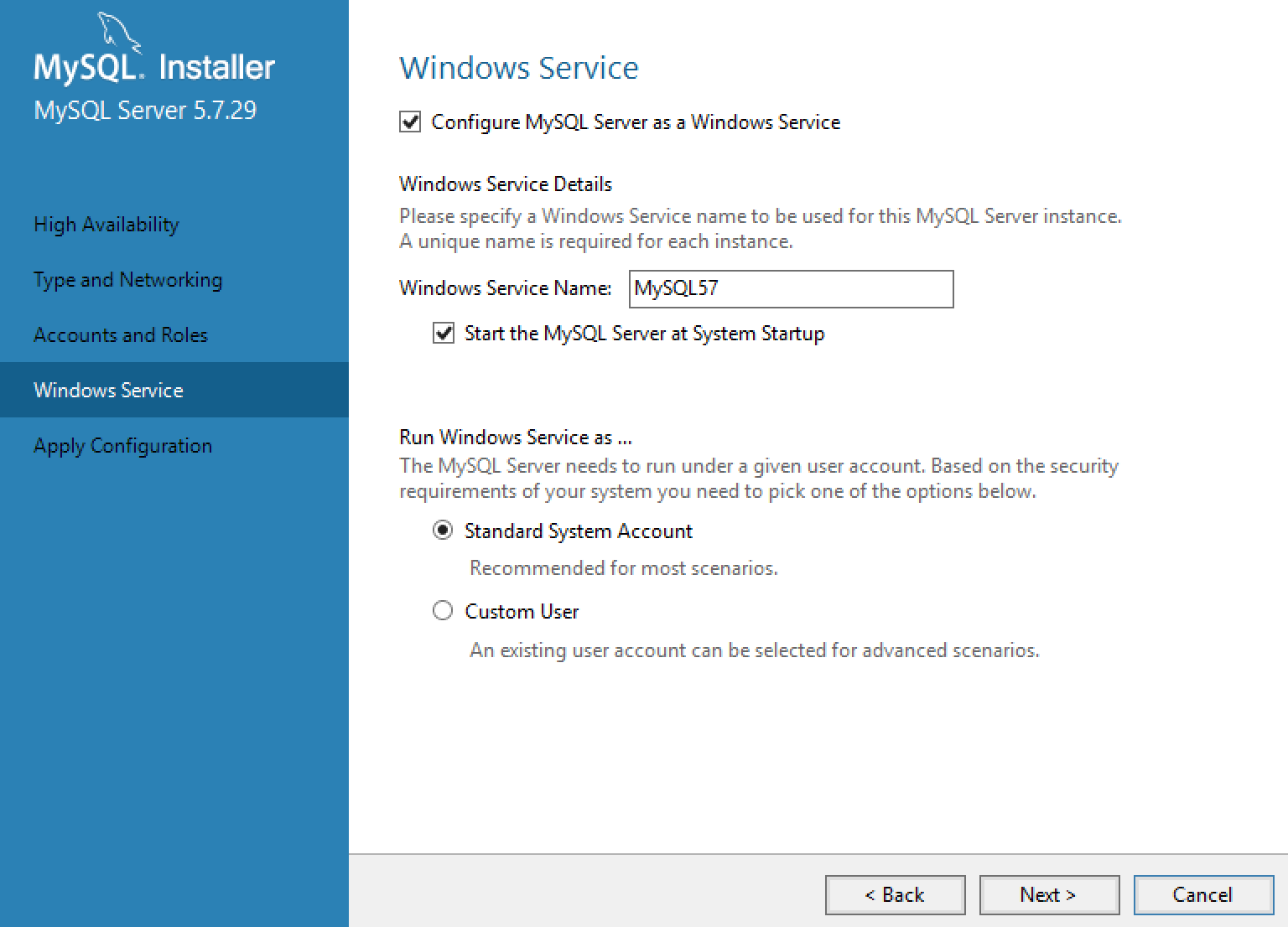 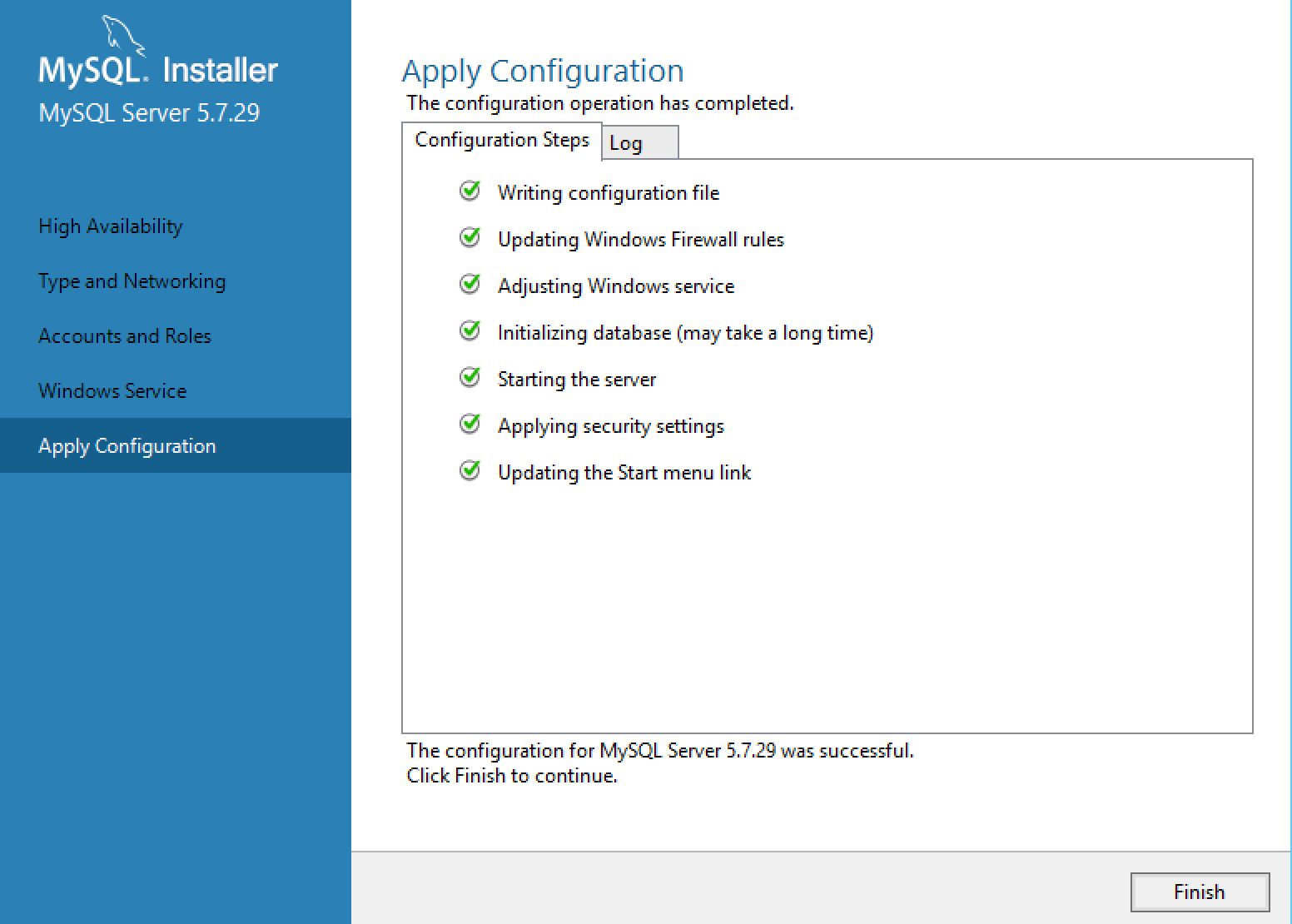 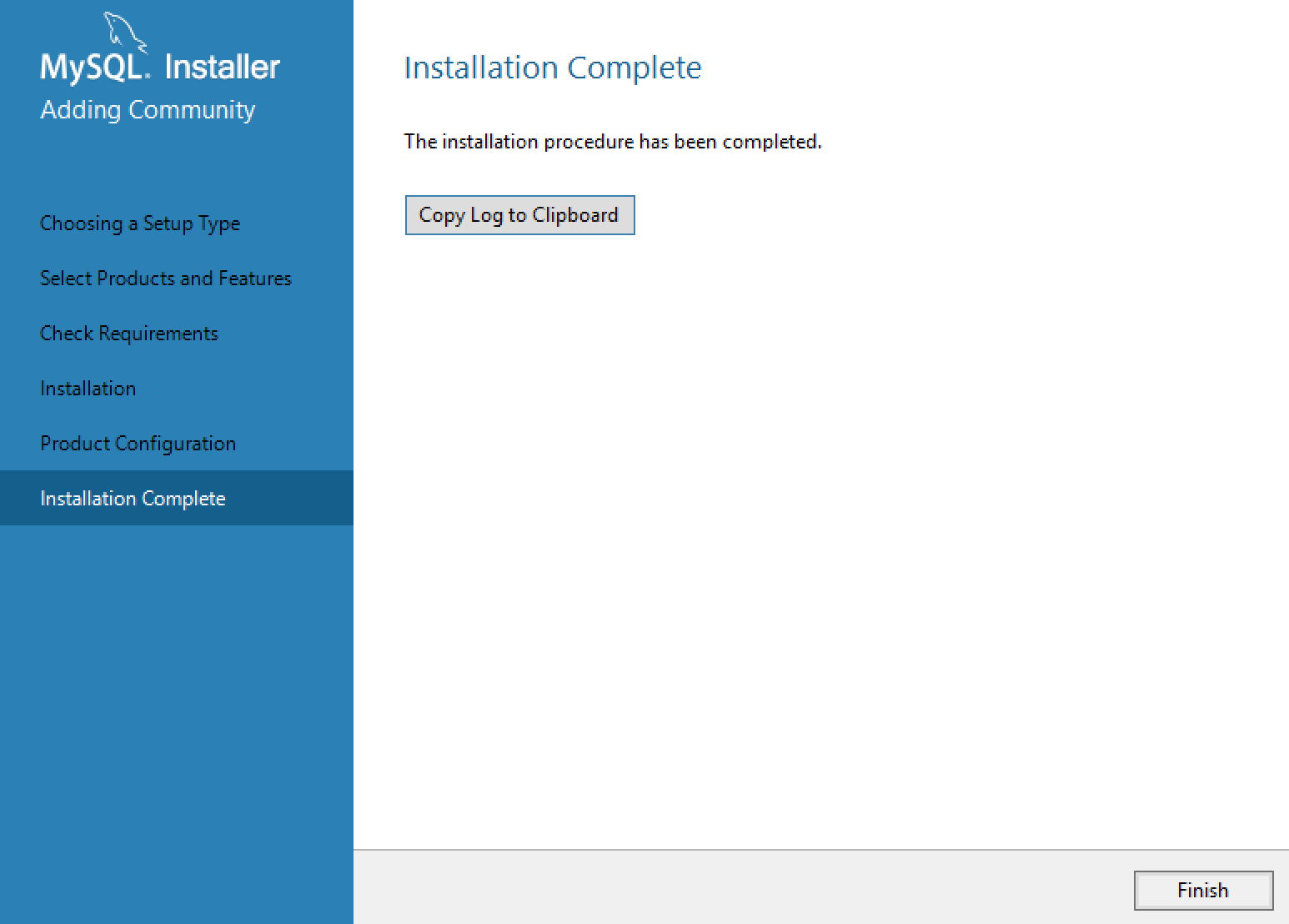 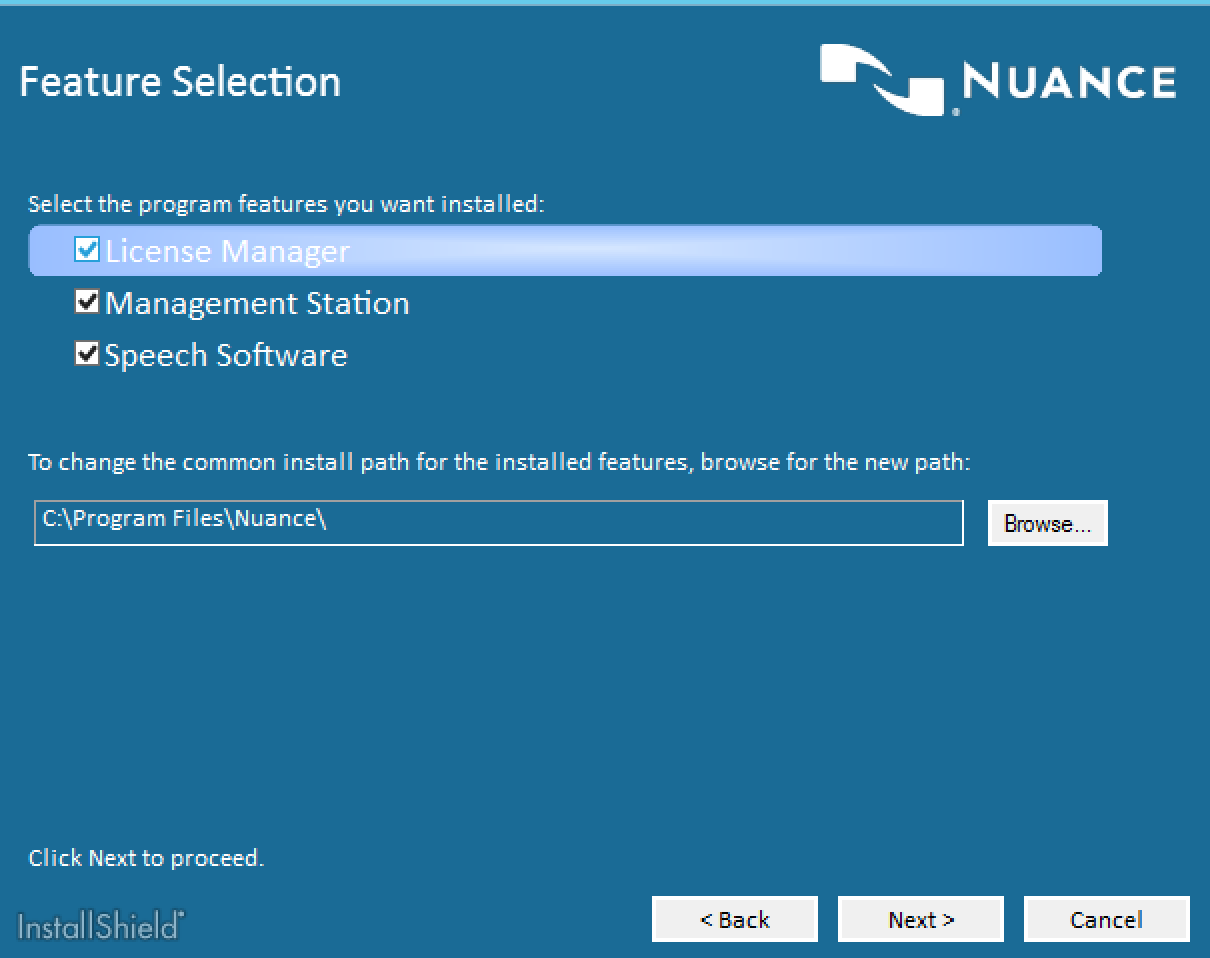 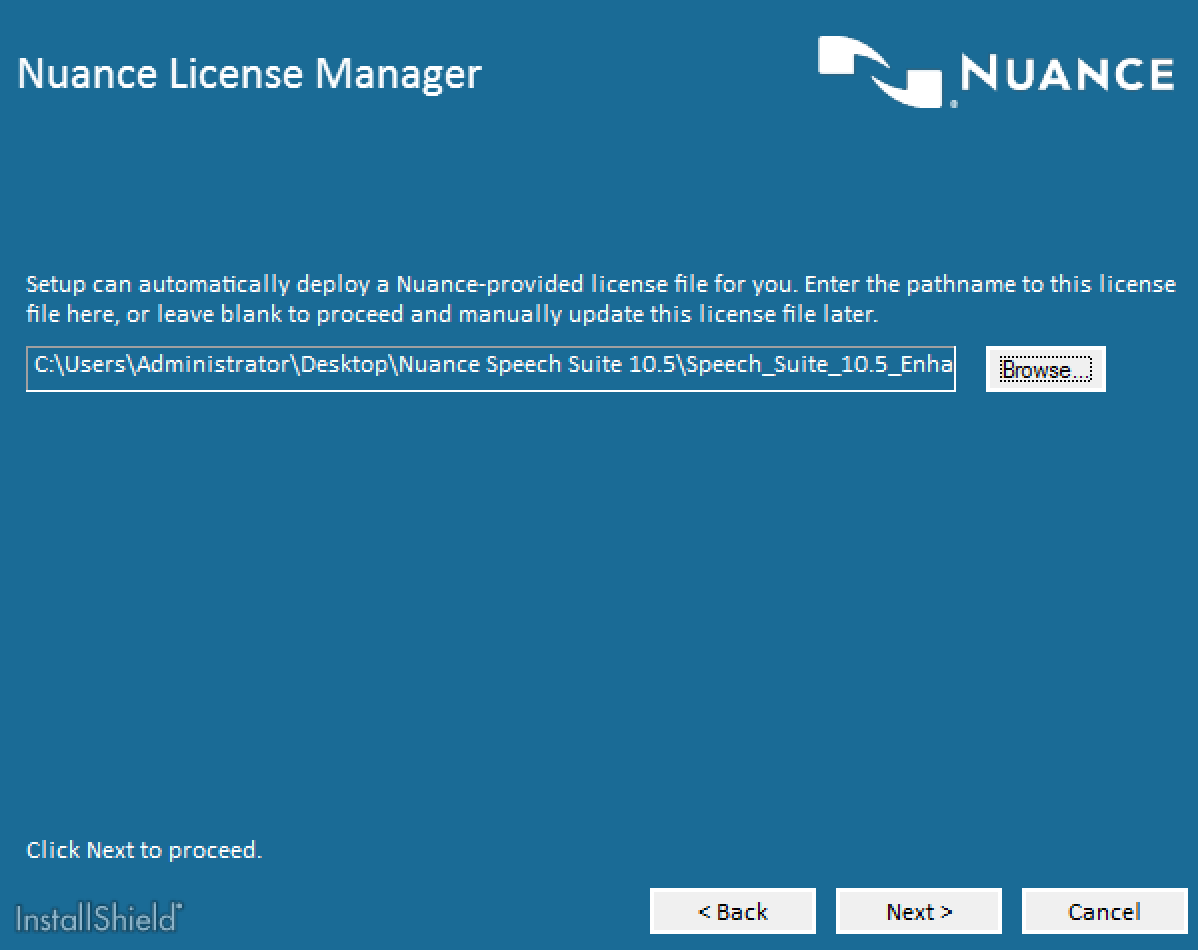 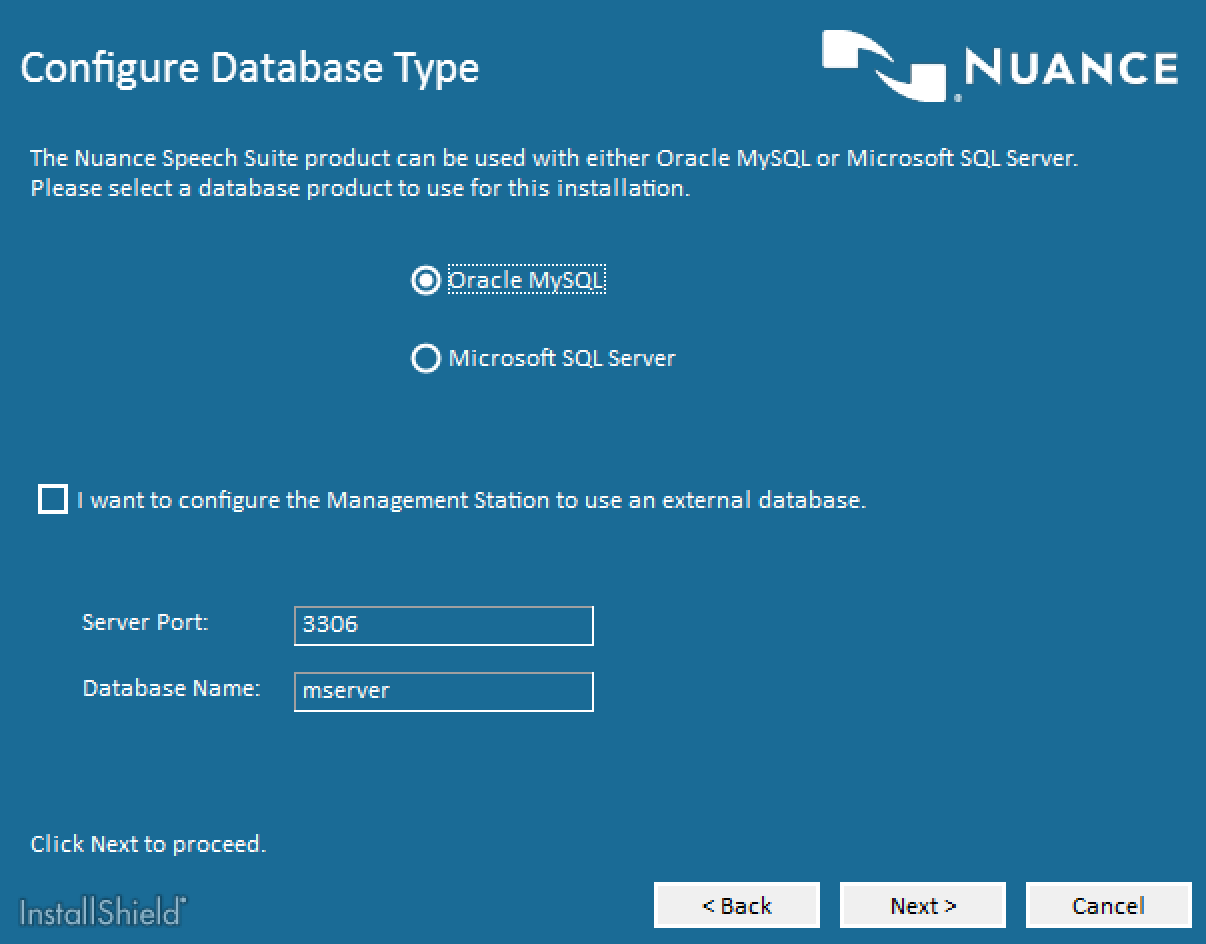 5. More than likely the installer will not find all your components automatically. So refer to your steps above to find the right path for each. Also enter your DB admin user and verify the installer can connect. 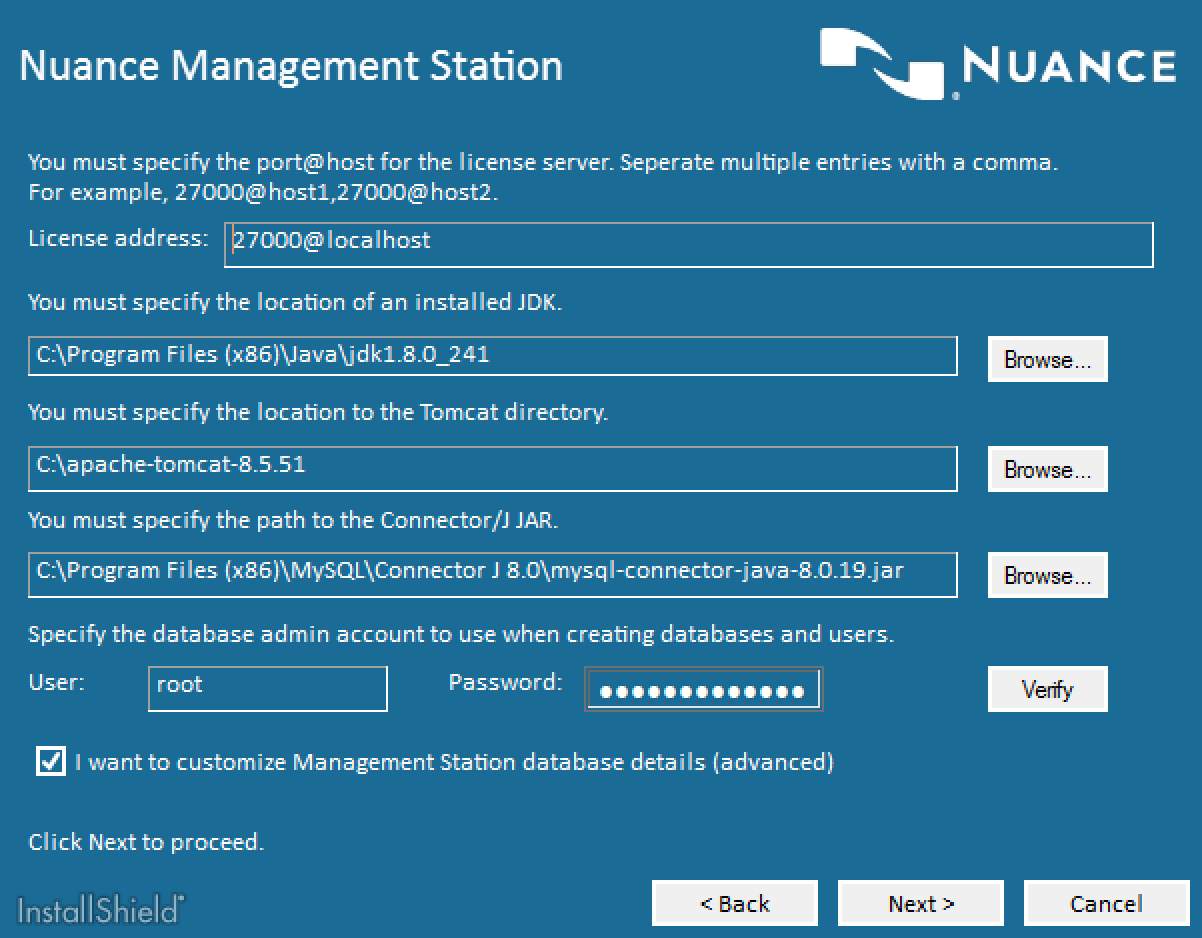 6. If you didn’t choose to customize the database details, you do not see this screen. Here’s is where you can set specific DB users as well as set your audit DB. By entering an admin account earlier you’ve chosen to either accept the default username and password (ms/msp) or you’re choosing a specific user. I use nuance as my DB user to make it clear who is accessing these DBs.

7. If you have any languages or voices you want to install choose the root directory and the installer will automatically find them. Make sure you’ve extracted the zip files to the same root folder. 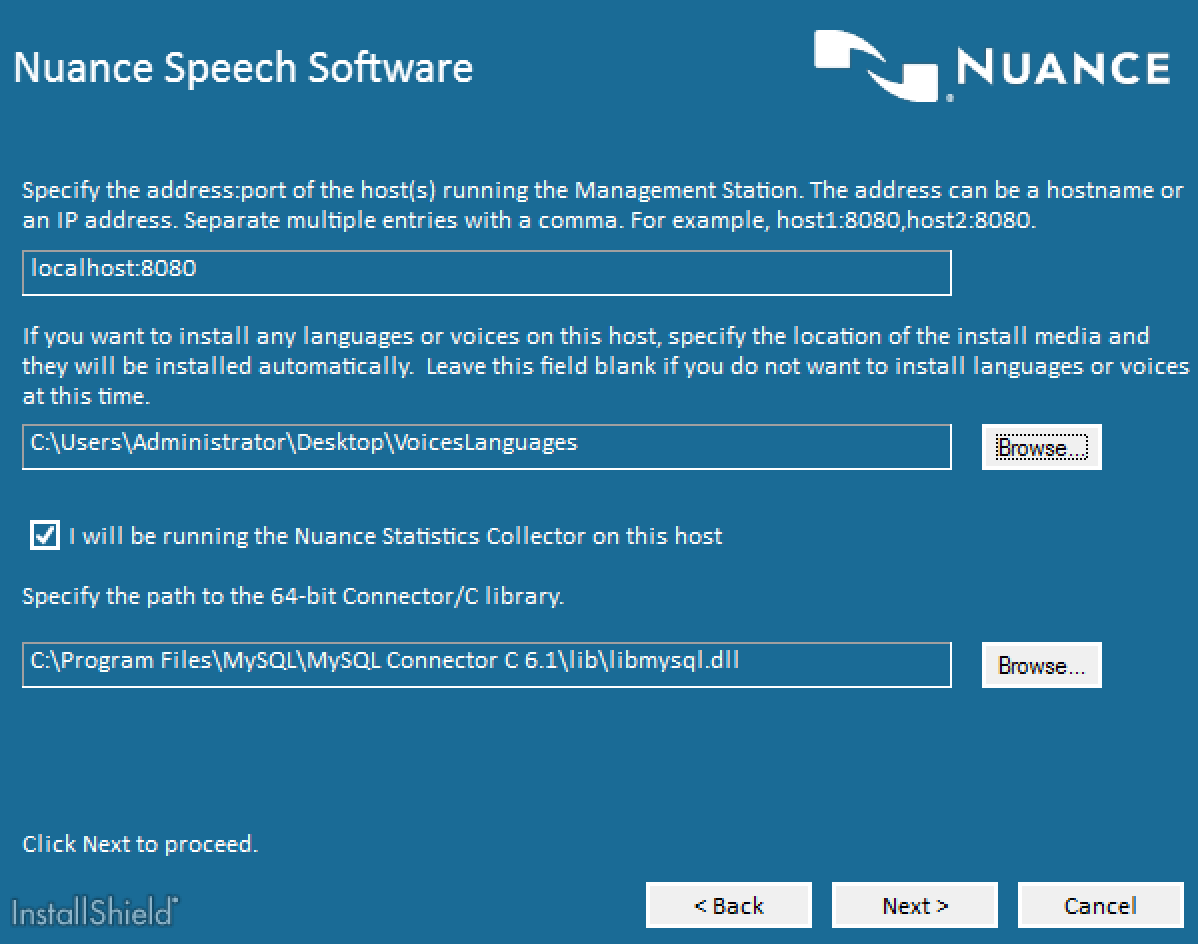 8. From here it’s just waiting for the installer to run. You should see external install windows appears specially around the language and voices being installed. 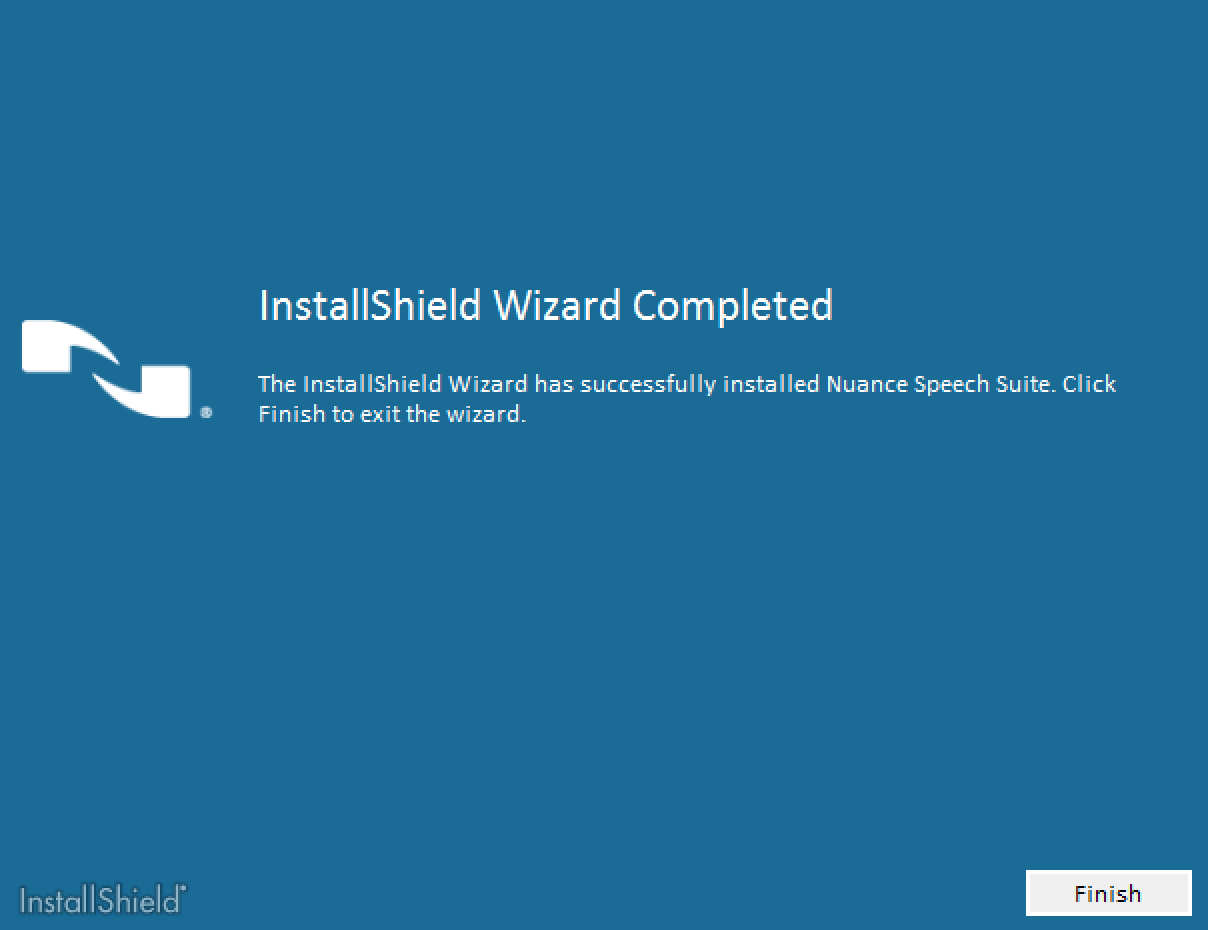 9. Do a Windows restart.

4. You’ll be prompted to change your password. Make sure you check out the password requirements as they are very specific. I also use my trusted old C1sc0C1sc0123! password which generally works everywhere.

There’s a lot more to go in getting this up and running, but this post is long enough. More to come.